10 things to do in Champoluc

Champoluc, a hamlet of the Aosta Valley municipality of Ayas, located in the beautiful Val d’Ayas, can be reached by following a road from the centre of Verrès that crosses small mountain villages and runs along the banks of the Evançon stream. Champoluc is located at the foot of the Monte Rosa massif: a special landscape not to be missed. In addition, the valley is a popular ski resort for the whole family, but also for freeriders. Have we already convinced you to spend a holiday here? Wait, it doesn’t end there. Let’s see in detail 10 things to do in and around Champoluc to spend a wonderful skiing holiday!

Read also 10 things to do in Courmayeur!

Discover the best 10 things to do in Champoluc:

Skiing on the Monterosa

180 km of slopes for skiing in three valleys, eight hours of skiing without ever going down the same slope is the most respectable business card of the area that develops at the foot of Monte Rosa. The Monterosa Ski area is very appreciated especially by families, thanks to the slopes and activities that can satisfy both young and old people . Champoluc and the whole Monterosa Ski area is also the so-called Freeride Paradise, ideal terrain for those who love off-piste skiing with the Passo dei Salati slopes and the fresh snow trails of Alagna. Don’t wait any longer and take advantage of our discounts to buy the Champoluc ski pass! A little curiosity: Monte Rosa is not so called because of its colour, but because Rouése in patois (the Aosta Valley dialect) means glacier. Getting to Alagna on skis

You got that right. If you have read the previous paragraph, you already know that Monterosa Ski is spread over three valleys: Val d’Ayas and Valle di Gressoney in Valle d’Aosta and, finally, Valsesia, in Piedmont. Through a circuit that develops between these valleys it will be possible, in fact, in the same day, to reach Alagna, (eventually) take the opportunity to visit the village and then return to Valle d’Aosta with the cable car that reaches Pianalunga.

Read also The 5 most beautiful ski slopes in Italy!

Visit the Freeride Paradise and practice heliskiing on Monterosa.

The Monterosa Ski area is the deal for those who prefer skiing on fresh snow. You can enjoy the numerous trails in the woods and on virgin slopes, or reach the Passo dei Salati via the Funifor Passo dei Salati-Indren lift and throw yourself into the dust. If then your desire to ski knows no limits, why not try an off-piste descent after having reached the peaks of Monte Rosa on board a helicopter? Heliskiing in Valle d’Aosta is a popular practice for many expert skiers who love off-piste skiing, facilitated in these areas by the presence of perennial snow at high altitudes and abundant snow throughout the season.

Book a freeride excursion on the monterosa with Snowit We continue with the activities without skis or snowboard on our feet. Snowshoes are a growing activity, and in Champoluc they are appreciated by many. The snowshoe trails in Champoluc are really numerous and with fantastic landscapes. Among the recommended routes we would like to point out:

But let’s go back to wearing skis! If you like fatigue, but also the solitude of the peaks, we have just the thing for you. Accompanied by a mountain guide, you can climb the immaculate slopes of the Monte Rosa valley, enjoy a great view and then… a nice descent. What are you waiting for? You can book a day of ski mountaineering in Champoluc online.

And who knows … with a bit of luck you might see a rare legendary animal, the Dahu, few are able to witness a sighting, but some say that this animal really exists! Will you be lucky enough to be able to tell that you saw it in the hollow of white peaks?

Incidentally, Champoluc is home to the famous Mezzalama Trophy, a ski mountaineering competition that starts in Cervinia and winds its way along Monte Rosa over the 4,000-metre peak several times until it reaches Gressoney-La-Trinité.

Have fun at the snow playground for children

If you have a family with small children and you want to take them to try the snow playground in the Crest area: a treadmill to get on and then slide with sledges and inflatables, play area with inflatables, trampolines and games for the little ones. An alternative way for children to learn in peace and quiet is the nearby ski resort of Antagnod, a small and less crowded area with easy slopes within everyone’s reach, ideal for putting your skis on for the first time. A few hours visit to the charming Old Town of Champoluc is really worth it. You can get an idea of the Walser culture, try sabots and get into a rascard. Champoluc is not really a Walser village, but in the Val d’Ayas area there are several villages that were originally Walser villages, among them Mascognaz, Frantze, Crest, Cuneaz, Resy, Saint Jacques and others. A list of 10 activities to do in Champoluc is not enough, that’s why we collect in point 7 a series of outdoor activities that can also be done in summer.

Let’s start with the Champoluc adventure park, which is also open in winter: bridges, ropes, stairs and trees. If balance and courage are your characteristics, we recommend this experience. An acrobatic trail consisting of 30 different activities to spend an alternative day in the mountains!

Those who love adrenaline on the road will find the ICE Driving School in Toyota and the ice kart track at the Champoluc Driving Park. An alternative can be a nice fat-bike tour.

During the summer Champoluc is a destination for mountain bikers thanks to its mountain bike trails, but also for hiking, walking and climbing. And in winter you can also try ice climbing.

Finally, in summer, Ayas turns into a destination for golfers thanks to its golf course for all levels.

Book the best activities in Champoluc with Snowit Dine at the chalet in Champoluc

You can’t miss a dinner at high altitude. Go up by snowmobile or snowcat, and then enjoy the typical Aosta Valley cuisine surrounded by nature and snow. A magical evening: think about it! Two restaurants in Champoluc directly on the slopes are worth a visit:

Ristoro Campo Base: at the arrival of the chairlift Alpe Mandria. The restaurant is a tribute to the base camps in the Himalayas and offers local products from the Aosta Valley combined with ethnic influences, such as Tibetan lunch available once a week.
Baita Belvedere: this restaurant can be reached from the Champoluc – Crest cable car, which also offers hotel accommodation.

Take the Frachey funicular in Champoluc

Inaugurated in 2009, the funicular railway that leaves from Frachey and goes to Alpe Ciarcerio is the first one for tourist use in the Aosta Valley. It consists of two vehicles with a transport capacity of up to one hundred people and a large panoramic glazing to enjoy the entire ascent. A nice experience also for those who do not intend to ski, but simply to spend a day on the snow at high altitude.

Read also Snowshoe trails: which are the best! To end your day on the snow in the best possible way, why not be pampered by massages, holistic treatments, sauna and whirlpools? Don’t worry, the MonterosaSPA is here for just that! The wellness centre is located in Champoluc at the foot of the Monte Rosa glacier. 10 things to do in Bardonecchia 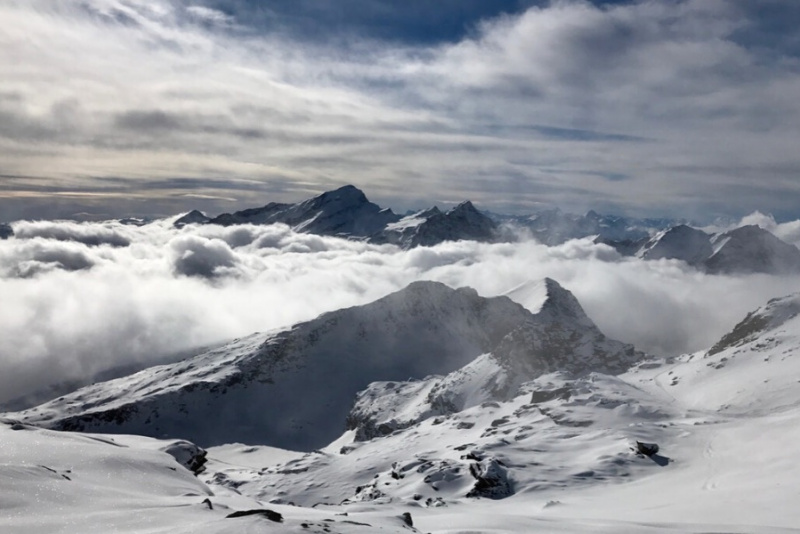 10 things to do in Folgarida-Marilleva

10 things to do in Madonna di Campiglio